Friday the 26th saw 8 of the Briars @ Thornleigh Junior Squash players embark on a trip to Parkes in the hopes of taking the title. Saturday saw the tournament kick off to a bang, with all of the kids achieving strong results. Saturday was to prove quite challenging for division 1 players; Dan Godwin, Kyle Piggott and Sam Smith with them all having to play 5 matches in one day. Unfortunately Sam Smith was to suffer an injury to his leg, forcing him to pull out of the tournament. At the end of the day, the juniors placed amongst the top positions of their divisions.

Sunday was to see some epic squash from our players in their division finals. Kyle Piggott managed to win his final in 4 games, having previously lost to his opponent in 5 the previous day. It was to be an all Briars final with identical twins, William and James Slade playing off, with William to be the victor in 4 games. Strong performances from siblings Kieran and Kevin Willathgamuwa saw them through to the finals of their respective divisions, with Kevin winning his and Kieran losing out to an in-form local, Henry Kross. Maja Maziuk also won her division, seeing of rival Kaitlyn O’Neil from ACT. In the U19 boys, Dan Godwin was to win the final in 3 games, having only dropped 1 game out of 7 matches.

Thornleigh Squash would like to thank Briars for funding the bus that took the players up to the tournament. The juniors are looking forward to next year, where they hope to repeat their excellent performances. 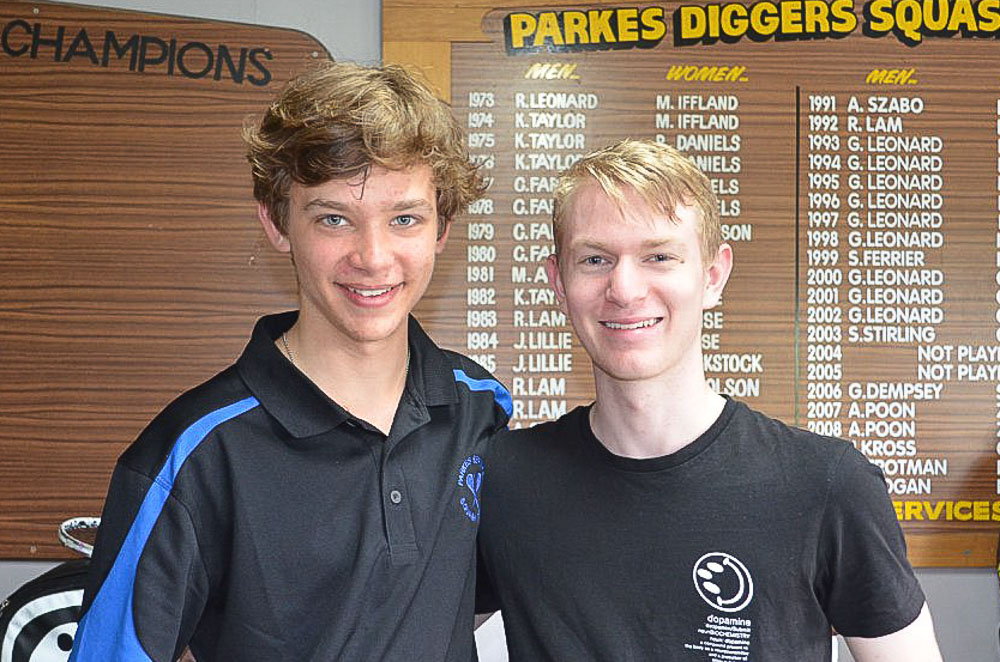 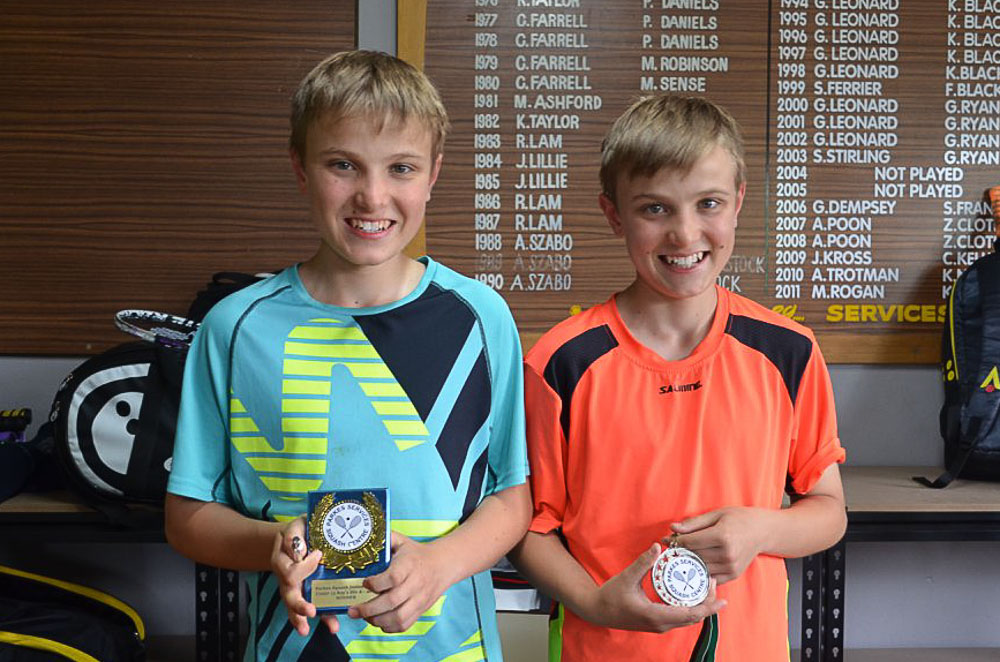 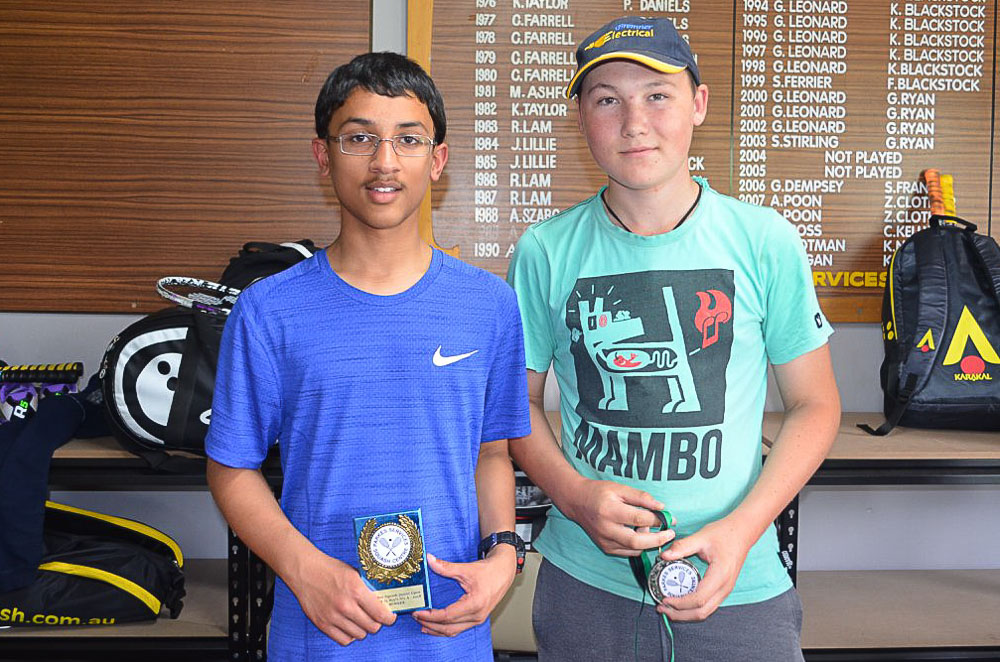 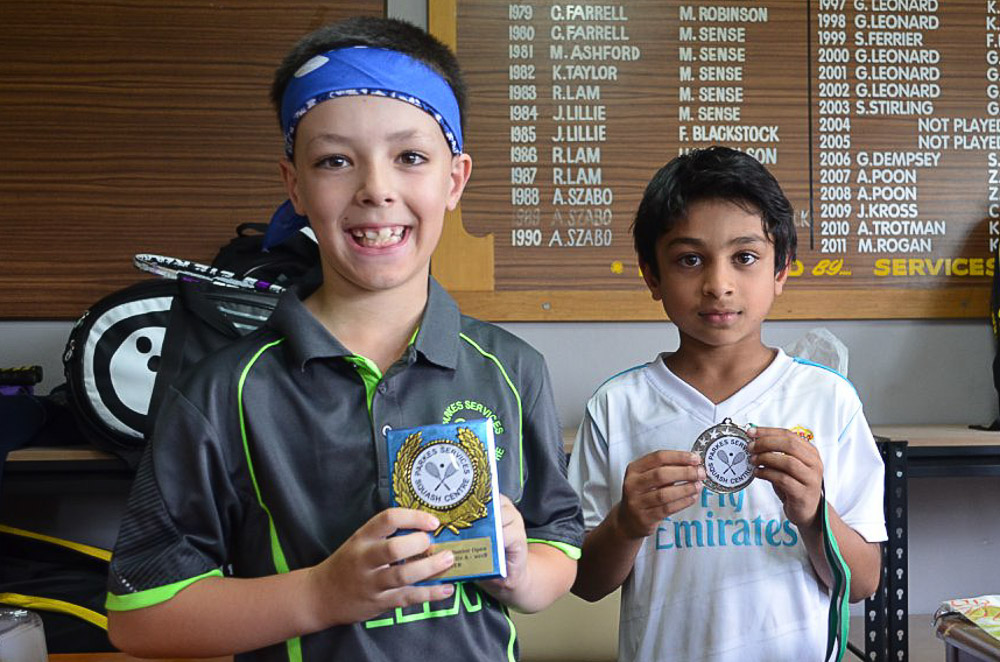 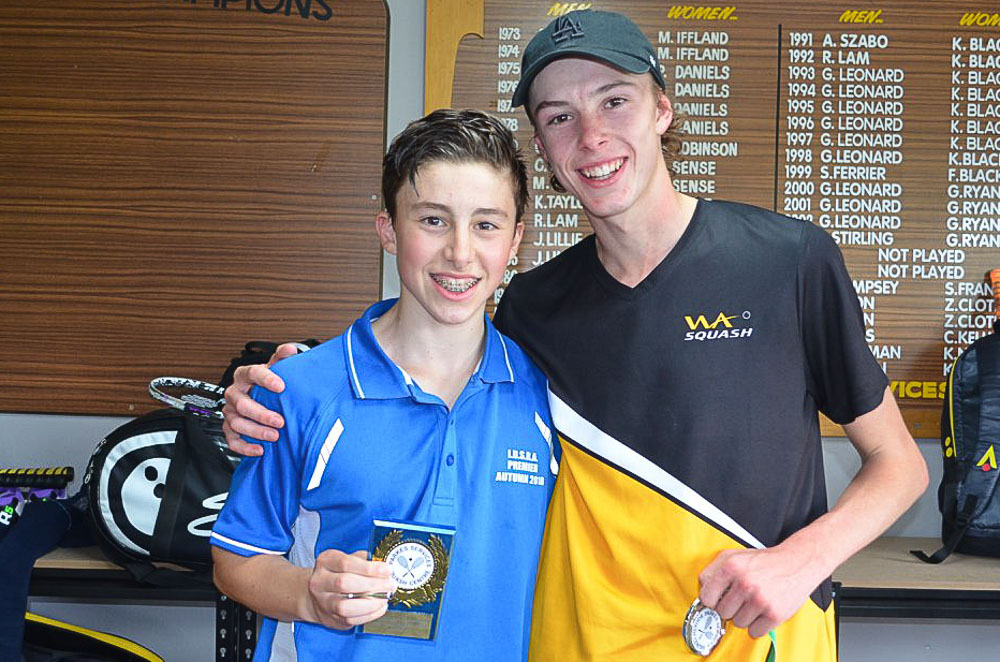 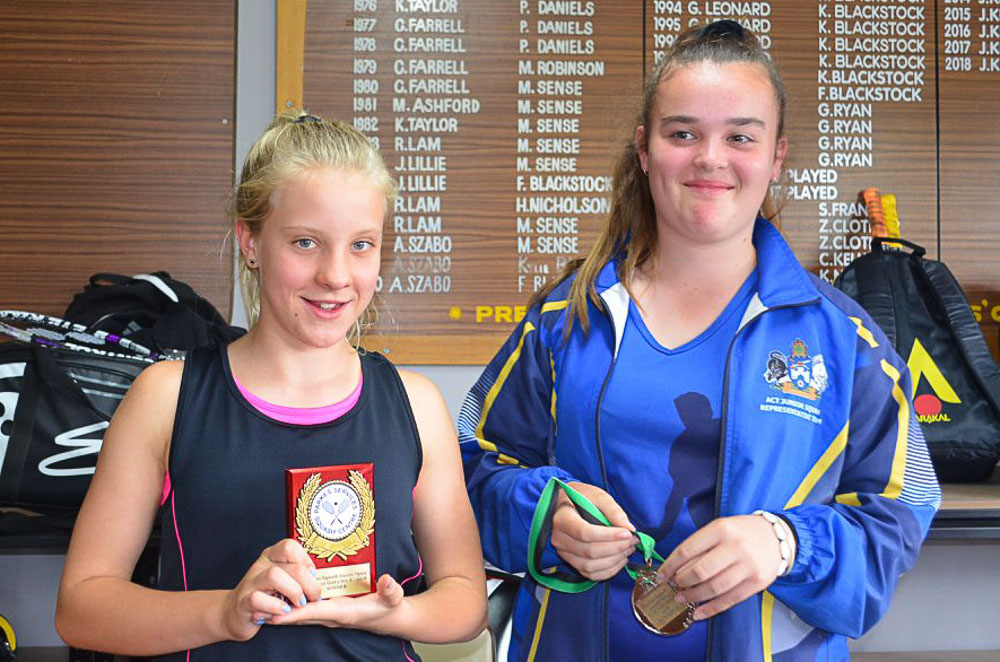 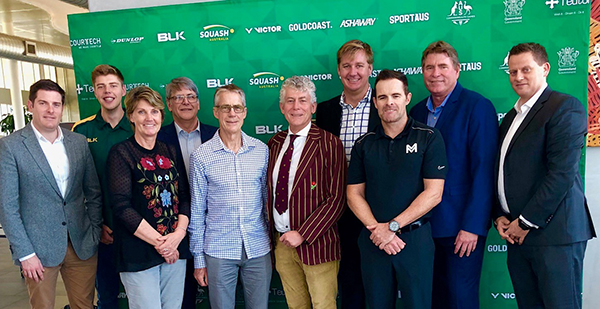 Very proud of our Briars Squash Team at the 1st Club Nationals on the Gold Coast led by capt. Rexy with some inspirational performances, TukTuk and Tooley up against international opposition from Denmark and Malta did amazing and had the gallery on their feet with huge applause every point won, Bambi was the sacrificial lamb Sunday morning’s 9am and 4th match in 3 days following team tactic talk on way back from the The C at 4.30am. Carruthers pulled out his magic 20 y o wood to bewitch his oppo.

Briars squash legend Pizza JoeCaristo made a guest appearance with Rhonda .. great to catch up ..

Big Thanks to MAJCON sponsor of the Briars squash team. 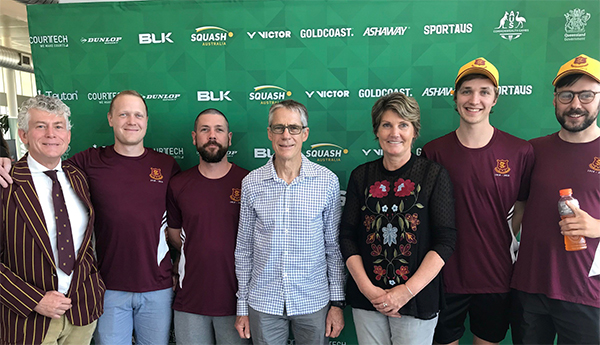 All in all a  brilliant concept “The National Club Champs” inspired by Briars ethos and we look forward to many more to come. Next year there is talk of an Egyptian international coming over to play  for Briars as the guest player .. can’t wait. 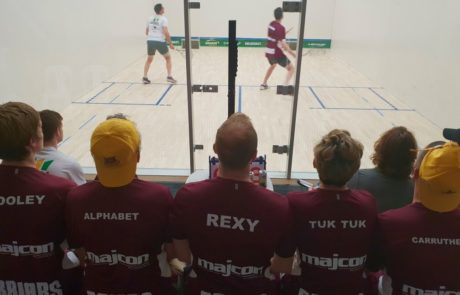 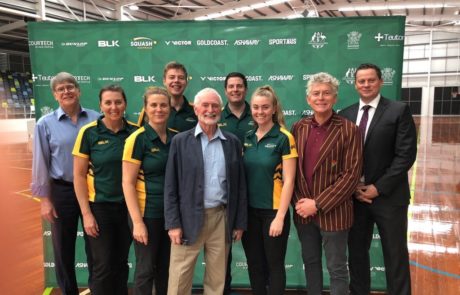 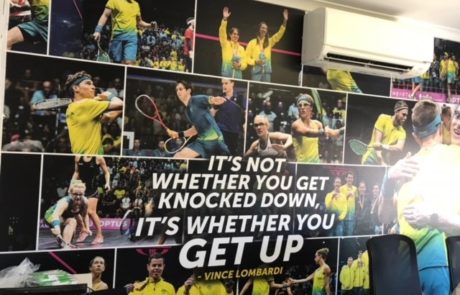 Thornleigh Squash & Briars Squash have been extremely busy building our junior support programs and expanding the new bar & Gym facilities that were installed earlier this year.

The NBTDS has been formed to help juniors with talent progress their skills by getting focused attention from a pool of experienced coaches & players. We run the squad training every Sunday that they do not have Tournaments or state camps on.
We will get 1 camp in each month based on this year’s calendar making a total of 12
Coaches include:
We have 22 kids in the squad with an average of 16 showing up each session. We have only been charging them $20 each for the camp and all money has been going back to them for team outfits etc. We pay coaches from time to time but thank fully most volunteer.
We hope to gain funding for equipment, Squad uniforms and to pay a select few coaches for their time. We will use this squad to further develop new coaches for the future. 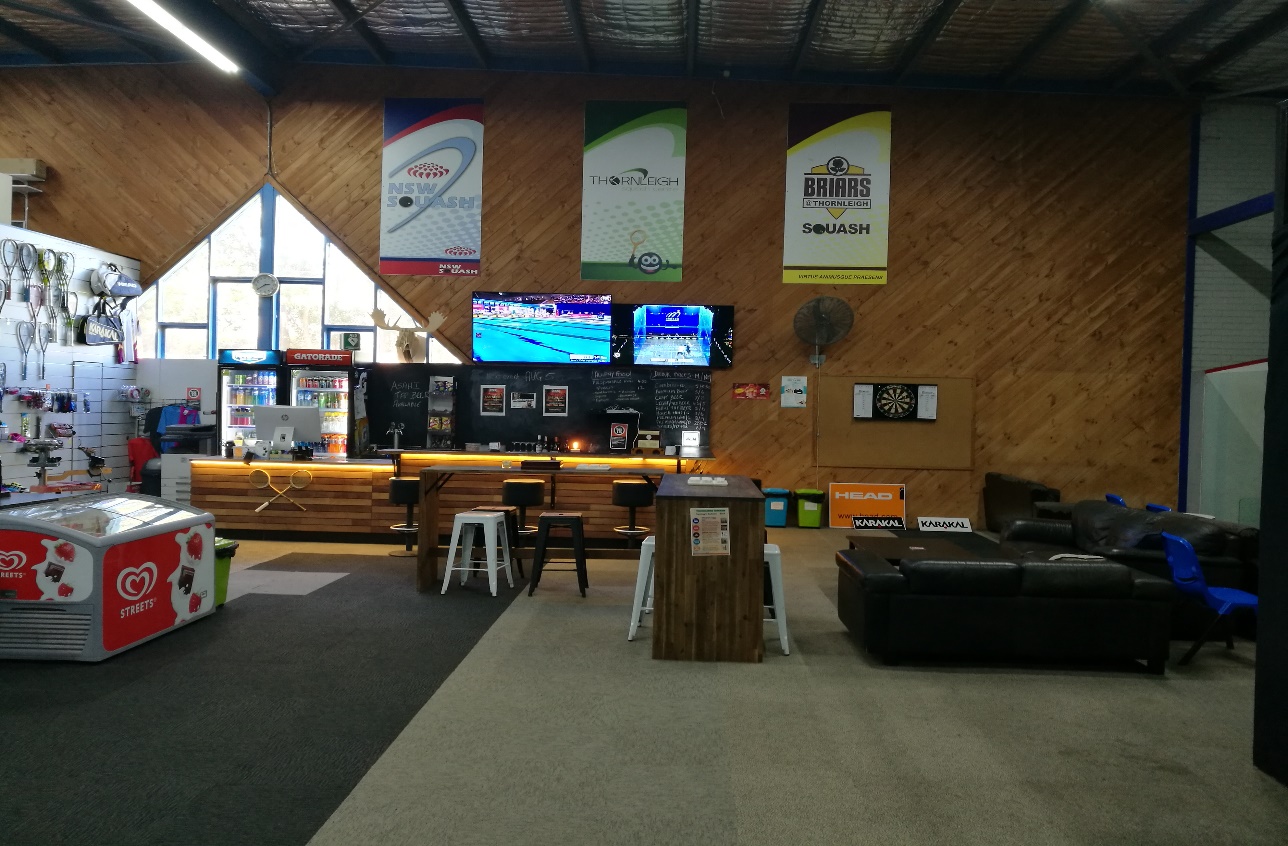 The new T-Bar set up has had a tremendous impact on the atmosphere of the club. Mcleish Wines are available with their top selling Semillon winning over the club members.
Below the Live music Open Mic events have been bringing in a crowd to the new look club exposing us to a new market segment in a family friendly area. 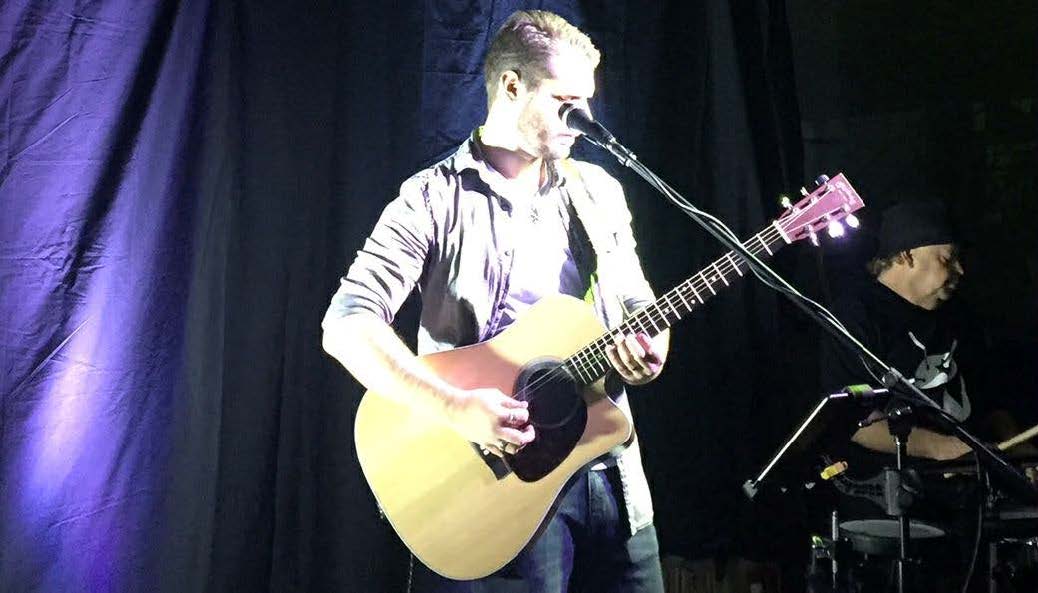 The 2017 Winter pennant Semi Finals are this week @ Knox Grammar with the Grand Finals being held at Thornleigh Squash on the 19th.
Briars @ Thornleigh teams end of round positions are:

Division 14 – Briars 11 – Got the wooden spoon and finished 6th place
6 out of 11 Briars teams made finals
This next Spring Pennant we have 13 Briars teams which we have grown from 8 teams we started with 4 years ago.

We are well underway in planning for this event. We have the date 11th of November set.
Speakers
Guest speakers and MC we are approaching and waiting to hear availability is Chris Dittmar – Dittmar is widely considered to be the “best player never to have won” one of squash’s two biggest titles. He finished runner-up at the World Open five times now turned sports presenter and Triple M Radio host.
Sarah FitzGerald – Former World No.1, WSF committee, Squash Australia Board
Luke Lewis – Cronulla Sharks Representative
Setup and focuses