Our junior cricketers of the year for season 2019-2020 have several things in common:
They’re both champions with the bat, can keep wicket, both train hard, take on advice from their coaches, and both have already cracked Premier Cricket. 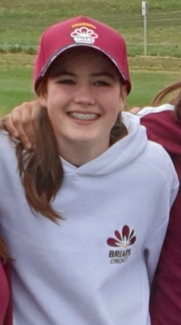 Daisy co-led the Concord Briars U15 Girls Division 1 team to be champions of the Sydney Sixers League. On the way Daisy scored 184 runs for Briars across their 2 seasons (girls teams play a Spring & Summer season) with an average of 26.29 and a highest score of 45.

Daisy was also selected to participate in the NSW Academy program, and to the Margaret Peden U15 representative team for Canterbury & Western Suburbs.

In just Daisy’s third season with Concord Briars, Daisy also had a successful outing at the 2019 Kookaburra Cup where the team won the U14 Shield.

During Daisy’s knock against Marrickville for her personal-best 45, she fell 30cm short of the boundary, just missing her first 6. Her 2020-21 goal is an unbeaten 50 and many 6’s!

Daisy has also played premier cricket with Sydney Cricket Club, contributing to their premiership of the U18 Brewers Shield in 2020, experience which has helped her to develop her Saturday Club cricket game.

Daisy also took 11 wickets for an average of 16.73, and her best bowling was 3/14 against Easts.  Daisy also held onto a number of catches, had 1 stumping and a run out.

Daisy would be the first to say that cricket is a team sport and would like to thank her team mates for their backing, friendship and motivation.  The team have a great work and friendship ethic that led to last season’s successes both at a team and personal level.  The goal now is win back-to-back premierships with Concord in the Open Age Women’s competition (and get that 50!). 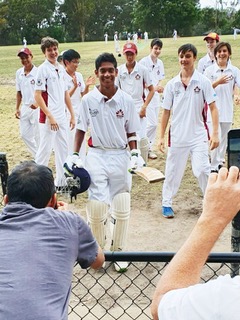 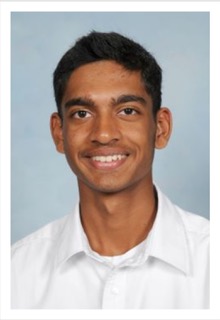 Yuvray also had a stunning 2019/20 season and the statistics tell the tale: He topped the NDJCA U15/16 Lillee competition batsmen with an amazing average of 119.50.

Yuvraj lives and breathes cricket and given any opportunity, loves to train and play and work on his craft. He started playing backyard cricket as a toddler, and started comp cricket with Dundas United as a 7-year-old. He later played 3 seasons for Strathfield before joining Briars in 2016/17. Although a specialist pace bowler early in his career, the past 2 years have seen him blossom as a batsman. While comfortable opening the batting or finishing games with a quickfire flurry, he is the quintessential all-rounder, equally adept at keeping wickets when called upon.

Yuvraj – a year 10 student at Concord High — captains his school’s cricket team. He played Shires cricket for Auburn DCC for 2019/20 where he top scored with 61 not out, and has recently qualified to play Premier Cricket with Sydney University.

Having had very little formal or dedicated coaching in the past, Yuvraj’s success can be mainly ascribed to his natural ability and love for the game, the camaraderie that he shares with his summer and winter cricket teammates at Briars, and the guidance and encouragement he’s received from his parents and coaches.  His work ethic is second to none and we hope his career continues to flourish.

Daisy and Yuvraj are great role models for all our young cricketers – congratulations to both for being Concord Briars 2019-2020 junior champions!

As all will know, due to current health restrictions we have had challenges bringing everyone together to celebrate the achievements of our young cricketers at our annual awards day for the Season 2019/20.

On behalf of the Briars Sports Club and Junior Cricket Committee  let’s acknowledge and celebrate the players who have won the following awards.